It’s been a cranky sort of week, so I decide to write about something that will make me uncranky — although I’m not exactly sure when I’ll be able to post this article, since my internet service provider Optimum has been asleep at the wheel for three days now. Can you tell I’m cranky?

Once I do get my broadband back, though, I’m going to make sure my account is squared away on WeTransfer, the 11-year-old file sharing service founded in Amsterdam. That’s because the software company is a relative rarity among tech companies, a Certified B Corporation. That’s an official designation that means the organization operates using a corporate structure that mandates certain environment, social and governance standards. It’s distinct from being a “benefit corporation,” which is a more general designation that denotes companies that balance profits with purpose.

Among other things, the official designation WeTransfer earned in June required the company to appoint a non-executive chair: it chose Baroness Martha Lane Fox, founder of responsible tech think tank DotEveryone and a board member of Twitter and Chanel.

When I spoke with WeTransfer CEO Gordon Willoughby about what drove the decision to embrace the Certified B Corp designation, he said it was a “very natural next step.”

WeTransfer has always done things that many other companies wouldn’t think about. Since it was founded, the company has donated 30 percent of its advertising space to support either artists or social causes. That has translated into more than $300 million since its inception. Last year alone, it helped abolish $25 million in medical debt for low-income residents of Los Angeles.

As part of its new B Corp status, the company is giving a 20 percent discount on advertising to others that have achieved the same status. Consider that half of WeTransfer’s revenue comes from ads, that’s not an insignificant gesture.

Willoughby said it took about six months for WeTransfer to go through the certification process. Even though it was doing many things right, it had overlooked other things, such as tracking water usages and flights taken for work reasons. There was little documentation. “It was quite the eye opener,” Willoughby said. “The process we really found illuminating.”

The journey prompted the company to adopt a number of new policies.

For example, WeTransfer has adopted a strategy to cut its carbon dioxide emissions by 30 percent by 2025 (although it doesn’t say how yet). The hardware it uses in its data centers has a substantial footprint. The strategy will include changing energy suppliers and installing both water and energy management technologies in its corporate offices. It’s also vetting its suppliers in collaboration with advisors from both Carbon Neutral Group and Sustainalize and creating a list of those that meet certain sustainability criteria, including making recommendations for renewable energy providers its employees can use at their homes. “We will enable them to make the right choices,” he said. 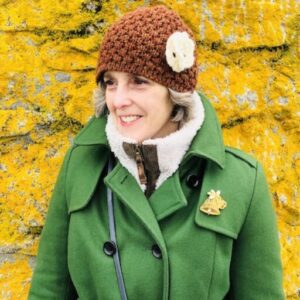