As we are all beginning to discover, the complicated science of logistics doesn’t always respond so well to unknown variables.

The extreme household toilet paper shortage is only partially due to panic buying — the reality is that people really DO need more of the stuff, with everyone confined to their homes 24×7. Many of us are spending at least 40 extra hours a week at home. It adds up. So what’s happening to all the commercial product headed for empty offices and factories? Turns out it’s not so simple to divert stuff from a totally different distribution channel onto grocery store shelves.

The more life-threatening challenge, of course, is getting medical supplies to the locations that really need it — recognizing that those locations will keep changing as new hot spots emerge.

That’s something that Flexport.org, the nonprofit arm of logistics software company Flexport, is addressing head-on. Its software is dedicated to facilitating disaster recovery supplies. Right now, it’s entirely focused on trying to alleviate COVID-19 supply shortages around the world.

An early-stage startup making a similar pivot is Rheaply, a Chicago-based company that recently raised $2.5 million to bold out its platform for asset management. The company’s mission is simple: to help universities and companies “share” equipment that is going unused. The founder Garry Cooper, who earned his Ph.D. in neuroscience from Northwestern, came up with the idea after while studying there.

In response to the medical supply crisis, Rheaply has collaborated with Northwestern and state agencies to create a special application of its technology called the Emergency Resource Exchange. The system was developed to help hospitals make requests for resources such as N95 protective masks to gowns or ventilators — and also to list things as they become available. Yes, it’s free.

“We face tough challenges ahead, but moving with a united sense of urgency minimize risk of the virus’s transmission and brings us closer to being with our friends and families once again,” the team writes in its blog about the new resource.

It’s a local resource, but imagine the possibilities if this sort of exchange was expanded to other states. It’s clear that we can’t always count on an adequate national-level response.

BTW, I hope you felt heartened by the news earlier today that Washington state is sending at least 400 ventilators back to the national stockpile, so that they can be sent to places like New York, where the crisis is expected to surge this week. We need more of this spirit. 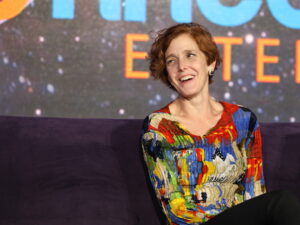